Percy was killed at Pozieres in July 1916 aged twenty six. He had enlisted at Claremont in the 3rd Field Company of Engineers in August 1915 and had embarked for the Front on the Beltran four months later. He had undergone further training in Egypt before joining his unit in April 1916. Percy has no known grave.. In the standard manner Percival's effects were returned to his mother Anne. A list of them were on an effects receipt and they included a 'comforter' (usually either a knitted head cover or a type of quilt for warmth). On the back of the effects receipt (see image) Anne wrote "The services took my beautiful son and then some wog took his comfortor [sic] What do you think of them they might have let me had [sic] all his things". Obviously the comforter was not among the things returned to her even though listed. 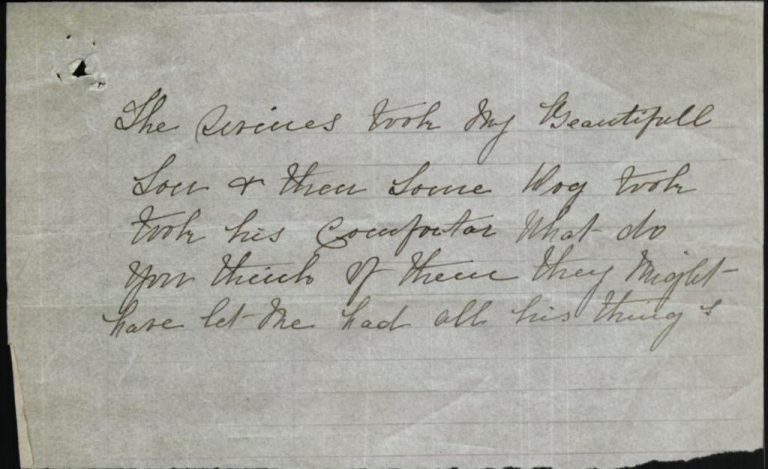 The note from Percival's mother Anne on the back of the effects receipt.