Hugh was born in Branxholm but baptised at Holy Trinity in 1886. He completed an apprenticeship at Gunns and was described as a woodworker when he enlisted in the 2nd Field Artillery on 28 August 1914. He was among the first soldiers at Gallipoli but was invalided to Malta and then to England suffering from debility and dysentery. Early in 1916 he married Lilian Glennister of Greenwich, England. In May he re-joined his regiment in France and caught bronchitis which was not properly treated until 1917. His condition led him to being permanently unfit for service and he was discharged, returning to Australia with his wife and child. After the war he lived in Liverpool, New South Wales and died at Randwick Hospital in 1939 of war complications. He was survived by Lilian and his eight children. His widow wrote a letter to the Central Army Office Records in 1967 applying for a Gallipoli Medallion on behalf of her deceased husband. In it she stated that Hugh Browne was in the landing at Gallipoli and 'died of war causes at Randwick Hospital' on 25 January 1939. She wanted the medallion to give to their eldest son, who was one of eight - five boys and three girls. 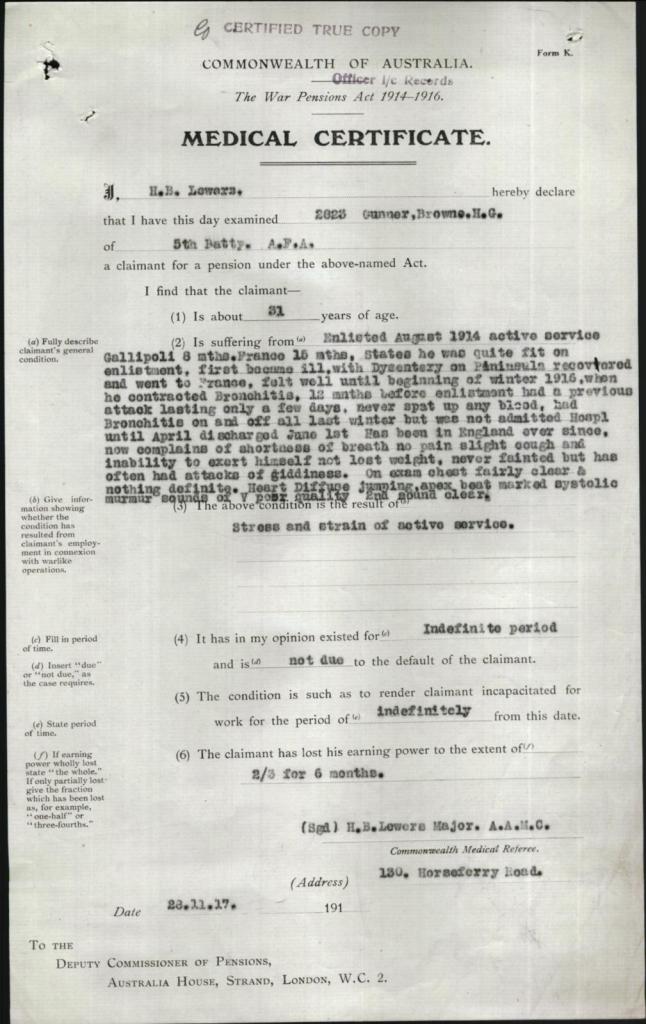